In Defense of Attorney Richard Liebowitz 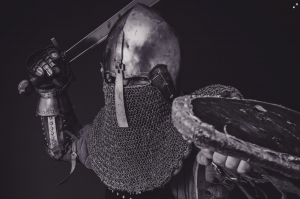 Attorney Richard Liebowitz has made quite a name for himself in the world of copyright litigation since being admitted to practice law in 2016.  He has filed nearly 2,000 copyright lawsuits and attracted the scorn of opposing parties and federal court judges. He has been the recipient of repeated sanctions, insults, and admonishments from judges. He has been panned by bloggers and the legal news community. His ethics and tactics have been questioned.

Nevertheless, there are some obvious things that need to be pointed out in his defense.

1. His law firm must be wildly profitable, even after paying the sanctions.  As of this date, he has filed 1,831 copyright lawsuits. Assuming he as received a favorable settlement in 90% of them (1648), and an average cut of $5,000, he has gross receipts of $8,239,500. After deducting the expenses associated with his staff, overhead and his humble office in Valley Stream, he has probably cleared at least $4,000,000. If those conservative estimates are correct, you can bet he is making more than 97% of attorneys in America and probably more than 99.9% admitted to practice in 2016.  Maybe the marketplace is seeing more good than the critics are seeing. Regardless, he is laughing all the way to the bank, and who does not want to do that?

2. His batting average might not be that bad.   Sure, he gets it wrong a lot of times. There is no denying his many high profile whiffs. However, no attorney hits homers in every at-bat.  People hear about his mistakes,  but do they hear about when he gets it right. Does anyone really know what his batting average is? He has filed more lawsuits in four years than most attorneys file in four lifetimes. Maybe he makes fewer mistakes on average than the typical attorney.

3. He is unrelenting. Whether it is greed or passion for his clients, he does not stop. Despite a hail storm of sanctions and bad publicity, he keeps on filing lawsuits. He filed 82 last month, September of 2019.

4. He is illuminating.  In general, most industries need someone to point out problems or deficiencies. Richard Liebowitz, who is by all indication socially awkward, reckless and a marginally skilled attorney, would probably not exist if there was a better alternative to solve the problem he is attempting to solve.  Furthermore, if he is exploiting a system, maybe the system also needs some fixing.

5. He has chutzpah.  Not many attorneys start their own litigation law practice fresh out of law school.  Not to mention, find an underserved client base, take on major media companies and file nearly 2,000 lawsuits their first four years.   It might not be wrong to say that Liebowitz Law Firm, in just four years, has filed more copyright lawsuits than any law firm in New York history.

What the future holds for the Liebowitz Law Firm is difficult to predict. The law firm looks a little like a smash-and-grab operation, however, it is tough to point to anything that is likely to totally bring it or its attorneys down.  Look at the possible scenarios:

Can the operation be prosecuted for criminal charges?    They may violate court rules, but they have not been proven to be engaging in criminal conduct. That can change if one of its attorneys gets caught committing perjury or encouraging a witness/client to commit perjury.   There has been speculation and allegations of this, but so far, that has not been proven.  So, yes, this is possible, but it has not happened yet and there is no sure sign of it happening the future.

Can the attorneys be disbarred or suspended?  This is possible, but not likely.   The state bar associations only tend to take such drastic measures when an attorney harms a client or commits repeated, clearcut acts of dishonesty in the court or in the client relationship.  Otherwise, bar associations are content to just let judges sanction attorney misconduct or let clients sue the attorney for malpractice.  A federal court judge may eventually file a complaint with the state bar, this could accelerate action, but that has not happened yet.

Will it be hard for the firm to keep employees?  Probably not.  The Liebowitz Law firm has several attorneys, but you would not know it by looking at its website.   It might be the only law firm in America that does not display the name and photo of the attorneys.   One might assume that the firm’s employees are probably not proud of their job; but, at the end of the day, if the firm continues to make money and pay salaries, they will have no trouble finding people looking for work, especially if they can stay somewhat anonymous.

Will the business model cease to be profitable? This is possible but probably unlikely. This biggest threat to Liebowitz Law Firm is might be losing its clients.   The firm does not represent many top tier photographers.  Most of its clients are local New York photographers or semi-professionals.     Translation, people who are very eager for money.    As long as Liebowitz is getting settlements, the clients will probably stick with the firm.  A couple of things could change this.  Judges could start sanctioning the firm’s clients and the clients would have to pay.  Lawyers are prohibited by the rules of professional conduct from gifting money to clients.  So, if the judge decides to sanction the client for the attorney’s misconduct, that would likely cause the client to find another attorney, and word may spread to other clients.   There is also a risk that some clients might get tired of having their names in news stories about their attorney getting ridiculed by judges.

Will attorneys get better at fighting the firm?   Opposing attorneys could scare the firm’s clients by better-utilizing Rule 68 offers, which act as a way to shift the risk to the plaintiff, and by requesting that courts order the firm’s clients to post litigation bonds at the start of cases, which also increases the risk, as well as the cost, to its clients.    Used effectively, these tactics could result in fewer and smaller settlements.  So, yes, attorneys may get better at fighting Liebowitz Law Firm, but they probably won’t knock it out of the game.

It is difficult to find a highly likely scenario that will totally shut down Liebowitz Law Firm.  Sure, it could crash and burn and take down some clients with it at any moment, but it also could clean up its act by better managing its cases or refining its business practices.

Whatever the future holds for the Liebowitz Law Firm, it will almost certainly be written about by courts or legal commentators.

Next, we will take a look at Higbee & Associates.

4 thoughts on “In Defense of Attorney Richard Liebowitz”