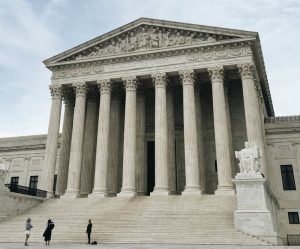 RM Media LTD has filed more copyright lawsuits.  An example of one can be found at https://www.pacermonitor.com/public/case/23926791/RM_Media_Limited_v_No_Debt_LLC_et_al

Original Story:  November 28, 2017 – RM Media Ltd., the self-proclaimed publisher of “best selling” stock photos has begun filing copyright lawsuits in the United States.  The first lawsuit, which was filed in California’s Central District, comes after more than a year of RM Media sending letters threatening such action against those who have used their images without a valid license and who refuse to pay pre-litigation demands that are often in the thousands of dollars.

RM Media, which is a United Kingdom based corporation, has drawn criticism for its offering some of its images via a Creative Commons license that requires attribution and a link back to

its web sites.  Users of the images who fail to provide the required attribution and link back often find themselves facing demands for thousands of dollars from one of RM Media’s lawyers.    Photographer Nick Youngson is the author of many of the images and is believed to be the founder of RM Media.  According to RM Media’s website, Youngson no longer owns or operates RM Media.

RM Media LTD has bused at least two different law firms in the United States.  It looks like they were first using Sanders Law Firm.  However, letters from Higbee & Associate have become more frequent.

According to court records, RM Media, which is based in the UK, has not filed any lawsuits in the United States prior to this one.   However, under United States copyright law, RM Media would have three years after discovering an unauthorized use to bring a lawsuit, so this could be the first of many.    RM Media has been represented by several law firms, including two of the more litigious copyright law firms, The Sanders Law Firm and The Law Firm of Higbee & Associates, the latter is representing him in this first law suit.

The defendant in the first case is 420 Evaluations, Inc., A Professional Medical Corporation.  According to their website, “420 Evaluations specializes in providing medical marijuana recommendations, treatment plans, patient verifications, plastic ID cards, medical cannabis cultivation license and full medical support for all patients of California and other states in a safe and confidential environment.”   The case number is 2:17-cv-08577

RM Media’s web site does not list any offices in the US.  If the court requires the parties to personally appear, RM Media will need to send an employee or hire a local agent who is qualified to answer questions from the court or during a deposition.   Many courts allow for a parties to appear via telephone, so there is a good chance that the matter will settle before RM Media is forced to send a corporate representative to court.