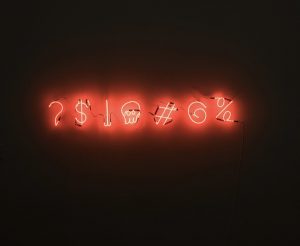 Attorney Richard Liebowitz, who is the undisputed king of mass copyright litigation, received a fine $8,745 and a dubious distinction from federal court judge Jesse Furman of the Southern District of New York.

The fine was for Mr. Liebowitz failing to comply with court orders.  But the bigger hit was probably the unflattering statements made about Judge Furman.

The judge stated, attorney Richard Liebowitz, “has earned the dubious distinction of being a regular target of sanctions-related motions and orders. Indeed, it is no exaggeration to say that there is a growing body of law in this district devoted to the question of whether and when to impose sanctions on Mr. Liebowitz alone. … This opinion is the latest contribution to that body of law.”

According to The American Bar Association Journal article on the case,

“Furman sanctioned Liebowitz in his suit against NBCUniversal Media for alleged copyright infringement for displaying a photo of a wild raccoon being removed from a beauty shop in the Bronx. NBUniversal said it had a license for online use of the photo and offered a $200 invoice as proof.

Liebowitz didn’t respond to scheduling emails for the mediation and filed a stipulation by the parties to dismiss the case May 1, a day before a scheduled pretrial conference. Liebowitz moved to cancel the May 2 conference, but the court refused, ordering Liebowitz to show up to explain why he didn’t comply with the mediation order.

Despite that order, Liebowitz did not show up May 2. When court staff members contacted Liebowitz’s office, they got conflicting information as to “whether he was out of town or on his way,” Furman said.

Furman concluded that Liebowitz willfully failed to comply with the orders for mediation and Liebowitz’s May 2 appearance. The sanction was for attorney fees incurred by NBCUniversal after April 18, the date by which the parties were ordered to conduct mediation.”

Mr. Liebowitz remains undaunted.  According to federal court records, The Liebowitz Law Firm firm has not slowed its record-setting pace of copyright filings in New York.