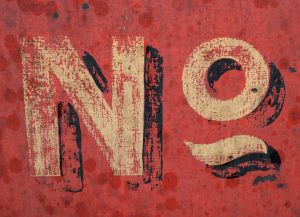 The case in New York’s Southern District is Steeger v. JMS Cleaning Services LLC. Cote had ordered the lawyer to pay the sanction for failing to follow notification requirements in a suit he filed for a photographer against a “mom and pop” office cleaning service, Cote said in a Feb. 28 sanctions order. The suit claimed JMS Cleaning Services violated the photographer’s copyright by posting his leaf photo on its websi

Law 360 reports that Liebowitz filed more than 100 new photography cases for the second quarter in a row in 3Q 2017, the most by any law firm based on its data compiled by Lex Machina. In New York, 595 copyright complaints were filed over the first 10 months of 2017, “largely due to a surge in filings by the Liebowitz Law Firm PLLC of Valley Stream, N.Y. In the vast majority of those cases, Liebowitz is representing individual photographers who are suing media outlets for unauthorized uses of their images. Many of the complaints follow a similar format,” Law 360 says.

The Liebowitz Law Firm has continued its vigorous representation of photographers despite the judge’s action and resulting unfavorable press coverage.